It is one of the many issues people with disabilities face amid the spread.

As health experts and government officials stress the importance of social distancing to fight the novel coronavirus pandemic, workers and families who care for those with developmental disabilities are faced with the harsh realization that it’s an impossible task for them.

“We have to work very intimately with people,” Leann McQueen, a residential coordinator for the Young Adult Institute (YAI) in Brooklyn, which provides a multitude of services for children and adults with disabilities, told ABC News in a telephone interview Thursday.

“People need assistance with personal hygiene. … Even being asked to wash your hands can be more challenging. We have to assist them in the shower,” she said.

McQueen said it was “not at all” possible to practice social distancing, which the Centers for Disease Control and Prevention described as maintaining a distance of 6 feet between yourself and others.

Valerie Harris, whose 24-year-old son lives in a YAI residence, similarly said that social distancing in a group home like where son lives is “not possible.” Harris said that’s because of how intimate the work is and because some of the residents rely on being very close to others to establish a connection.

“My feeling is, the moment one of these people gets it, it’s going to spread through the house like wildfire,” she said. “They’re limiting the exposure, but they can’t get rid of it completely.”

A traveller uses hand sanitizer from a dispenser at Sky Harbor Airport in Phoenix, March 17, 2020.

It is one of the many challenges facing those with disabilities and the people who care for them amid the pandemic.

The unprecedented situation is unraveling quickly, with cases growing by the hour in some countries and political leaders scrambling to stop the spread.

McQueen said they have been doing their best to adhere to the recommendations.

In four of the YAI residences in Brooklyn, she said they have been disinfecting the houses three times a day and are no longer allowing visitors.

Changes in routine like these can be difficult for those who she works with, a lot of whom have autism.

“Anyone with autism likes structure and repetition. Doing the same things every day is very therapeutic,” McQueen said. “When things are jolted, it can cause a lot of challenges, a lot of stress on the person.”

And while she noted everyone is different and won’t have the same reaction, many are still interested in trying to understand what is going on. 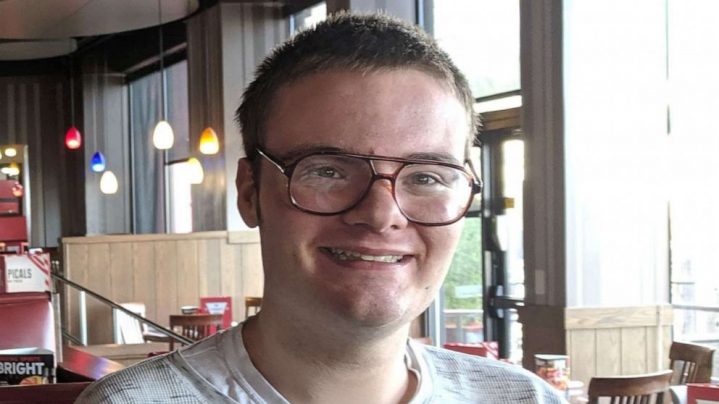 Jed, 24, is living at a residence for people with developmental disabilities. Photo –Valerie Harris

Harris’ son Jed is among them.

She usually visits Jed every other Saturday for lunch, a movie and ice cream.

Harris had to explain to him this week that because restaurants closed their dining rooms, they wouldn’t be able to go out for a meal.

“There can be a level of understanding, but a rigidity in not letting go of what they want to do,” she added.

Since then, she and the staff at the residence have now had to explain no visitors are allowed anymore.

0 comments on “Social distancing ‘not possible’ for people with disabilities, raising challenges” Add yours →